My practice is supported by law clerks, paralegals, and others who enhance the client experience and provide for cost-effective delegation of certain tasks and duties where an attorney's personal time is not otherwise required.   No one lawyer can hold him or herself out to be fully versed in all areas of the law, and while I am confident of my abilities and experience in areas where I regularly practice, I also recognize that there are certain areas of the law where a detailed knowledge of a subject area (or familiarity with a particular courthouse somewhere beyond the geographic area where I frequently appear) is important.  Where appropriate, I work with clients to engage co-counsel who have a specific expertise in an area of the law, or experience practicing in courts other than those in which I am licensed to practice, and we work together to serve the client's best interests in a cost-effective manner.  All work is performed under my direct supervision, and to my exacting standards.

Top 5% of District of Columbia rated lawyers on SuperLawyers.

District of Columbia Bar "Pro Bono Lawyer of the Year"

Board of Directors, Capitol Hill Assn. for Merchants and Professionals (CHAMPS)

Former Board Member, Washington Legal Counsel for the Elderly 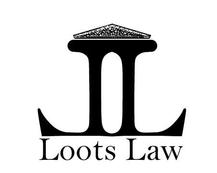 Serving Small Business and Individuals Since 1984